Dear Marvel, Thanks for Understanding

Avengers Endgame is on track to become the highest grossing film of all time. With the spoiler embargo lifted, I want to take a moment to gush about this unprecedented event and the wider wonder of the Marvel Cinematic Universe. But this story doesn’t start in 2008, with the release of Iron Man. It starts just days before my 8th birthday, on September 5th, 1992.

Seven-year-old boys love action, but until that day, the “action” cartoons I was being served were mostly comedies with some cheap, rotating-background chase scenes thrown in. Heck, Scooby-Doo even had a laugh track.

But that fall, Batman: The Animated Series debuted, and for the first time, I felt understood. Here was an animated series that taught me lessons and exercised my little brain with the investigations of the World’s Greatest Detective, but still dished out plenty of batarang-slinging, karate-kicking action. The bad guys fired real, bullet-shooting guns and Old Bruce got visibly hurt.

Finally I felt like someone was taking me seriously with a serious show. Throughout its run, Batman: TAS won many awards, and it still holds up today, with believable, nuanced dialogue and an original score by Danny Elfman. It felt like it was written by a favorite teacher, someone who understood I was only 8, but still wanted me to learn and grow. Not by someone who couldn’t wait to move up to “serious” TV.

But during that same era, and for years afterward, movies in the superhero/comic book genre languished in the realm of camp. Once again my niche audience, this time nerd instead of kid, was pandered to with Scooby-Doo silliness. People revere the Burton Batman films, but a current screening shows them to be riddled with references to the original Batman TV series, the campiest camp to ever pitch a tent at Camp Camp.

Even the Sam Raimi Spider-Man films dipped into this cheese bucket, and while the first two remain classics, if you feature a shot of James Franco’s Harry Osborne emerging from a failed science experiment saying, “I’m ruined! Ruined!” you’re being campy.

Okay, I’m here to gush about the MCU. But I don’t think it would have even happened as we know it today without one film: Batman Begins. “Stop talking about Batman, Andy.” I will. But when I saw Christopher Nolan’s 2005 opening act of the Dark Knight Trilogy, I felt as I did with that first episode of TAS all those years ago. Finally someone was taking this audience seriously again.

Before, people like Michael Schumacher saw comic book movies as a way to celebrate the stylized strangeness of comics. See Ang Lee’s weird Hulk for actual comic book panels on screen. These films weren’t so much about telling good, believable, well-paced stories as they were about throwing a bunch of avant garde colors and cheesy dialogue into a roll of film, perhaps out of artistic expression, perhaps out of nostalgia. Conversely, Nolan just made a normally good movie with a comic book audience, and it ruled.

Finally, Marvel. When Iron Man debuted in the summer of 2008, I was immediately struck by how grounded it was. Nolan’s flat-black realism had taken effect. No, there is no such thing as an arc reactor, but Tony Stark’s sweaty, dusty efforts to build one in a cave, followed by his detailed work to improve on his designs in his own lab, helped suspend my disbelief. Any great science fiction story has one fantastic, “magical” element, and the rest of the story lives in reaction to it. So, if you were a billionaire with a nuclear plant the size of an apple, yes, you could build a nigh-invincible super suit.

Nor was it just the technology that made me believe Iron Man. It was the characters themselves. Tony Stark, Pepper Potts, and even Happy Hogan were all so well written and acted that I couldn’t help but root myself in their world. I didn’t just relate to their environment, but to their hearts and minds as well.

This has always been the key to Marvel’s success, even after abandoning realism with the fantasy of Thor, Doctor Strange, and the might-as-well-be-fantasy Vibranium effects in Black Panther. The characters are always so human. Even the trees and raccoons.

With Iron Man and the Nolan Batman films, we entered a new era of “serious” comic book films. But Marvel took it one step further when, after the credits of Iron Man, a guy in a black trench coat and an eyepatch said, “You think you’re the only superhero in the world? Mr. Stark, you’ve become part of a bigger universe… I’m here to talk to you about the Avenger Initiative.”

Were they actually going to link more than one comic book franchise together in a shared world? I had longed for this. Remember that terrible Ben Affleck Daredevil movie from 2002? In one scene we see a newspaper truck, and my big takeaway from that movie was that the truck didn’t say “The Daily Bugle.” The animated Spider-Man TV series of the day tied in different characters all the time. Why couldn’t the movies do the same? I wanted to see all these heroes fighting side by side.

Of course, at the time I didn’t know anything about rights management, so the fact that Fox owned Daredevil but Sony owned Spider-Man meant nothing to me. With that Nick Fury cameo, Marvel’s own studio was going to put all their characters within the same world, eventually culminating in an ultimate, super-expensive team-up movie: The Avengers.

No one could have known this would work, especially because The Avengers at the time were essentially B-listers, leftovers from when Marvel Comics sold off the rights to their most popular franchises – The X-Men, Spider-Man, and The Fantastic 4 – to different studios back in the ‘90s, following a significant comic book crash. It would later take some serious businessing to bring these properties back under the Marvel banner. Fun fact: Universal still owns the rights to Hulk, which is why Universal’s The Incredible Hulk remains the only Hulk solo movie in the MCU.

But enough with the briefcases, because it didn’t really matter that we were dusting off the likes of Captain America and Thor for their own solo films. They were so well cast, written, and directed, just like Iron Man, that we fell in love with the characters, and we always stuck around for the post-credits, simultaneously falling in love with the Marvel Cinematic Universe. Yes, directors Joe Johnston and Kenneth Branagh brough their own styles and visuals to the screen, just as Iron Man’s Jon Favreau had. But they never let their own voice eclipse the story, focusing on believable motivations and multidimensional characters.

By the time Joss Whedon’s The Avengers rolled around, I was a card-carrying marvel fanboy. That didn’t mean I wasn’t skeptical, though. As a writer and a student of film, I knew that trying to pack six (or more) character arcs into a single, feature-length movie amidst the action and special effects of an extraterrestrial war would be next to impossible. 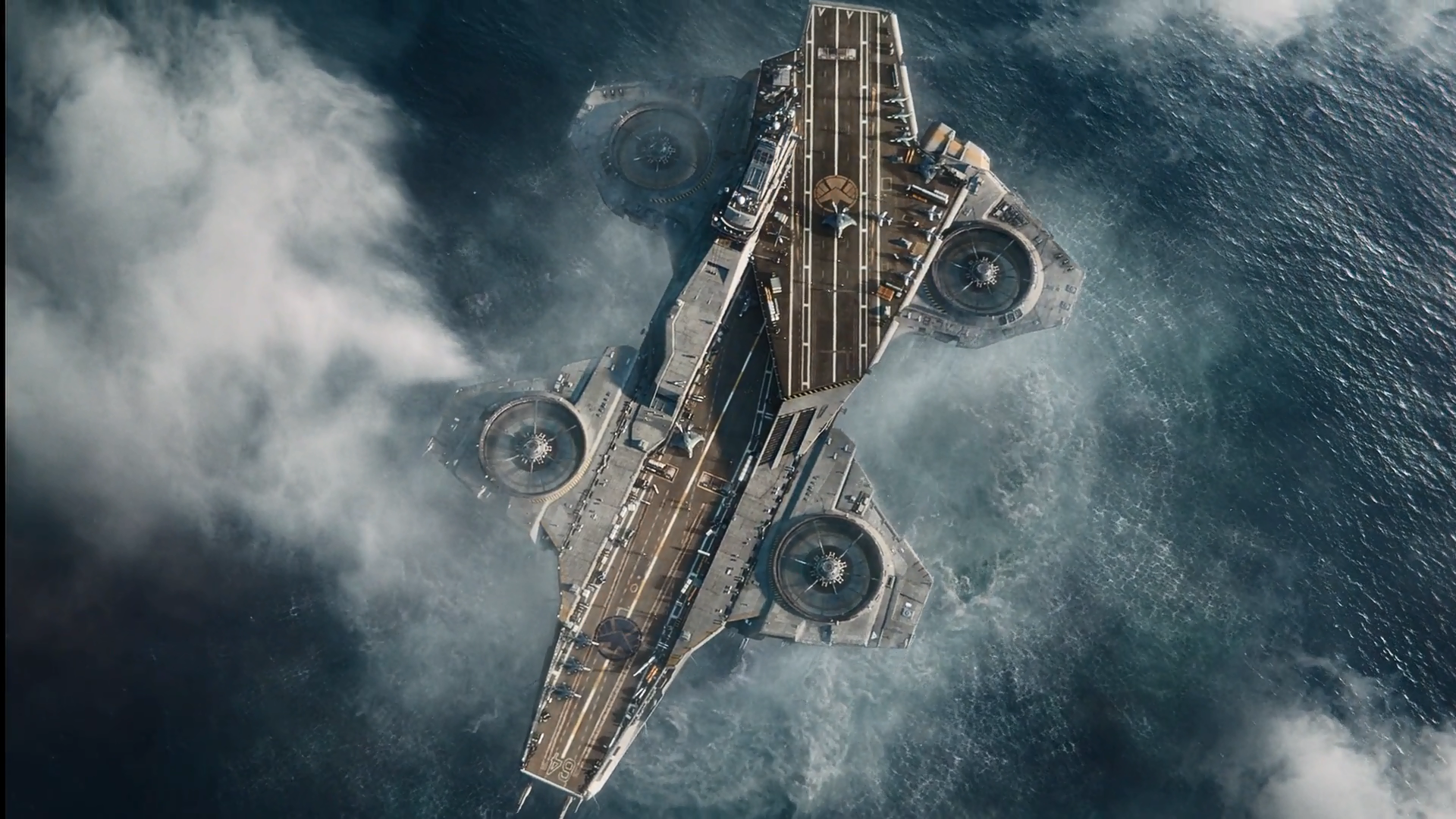 Yet somehow, amazingly, Whedon pulled it off. The Avengers is a study in pacing, balanced storytelling, and empathy. Nothing is wasted, and everything is somehow believable, even the flying aircraft carriers and armored space dragons.

Marvel hadn’t given up. They still took this seriously.

That movie was only the beginning. In the 7 years since, we’ve seen an unbelievable 16 films, all linked in the same universe, taking us to the far reaches of the galaxy and into the nanoscopic Quantum Realm. They’ve even spanned different “genres,” including political thrillers like Captain America: The Winter Soldier; and Ant-Man, a romping heist comedy.

And they’ve all been good. Some disagree. “Iron Man 3 was garbage. Thor 2 was bad.” But they’re not thinking it through. Geostorm was a bad movie. Suicide Squad was a bad movie. Die Hard 5, Transformers 2, The Scorpion King. These are legitimately awful movies. The less-loved Marvel movies struggle with comparison to other Marvel movies. No one is comparing Guardians 2 to Attack of the Clones (bad movie), even though they’re in the same genre. Everyone compares it to the magic of the first Guardians of the Galaxy film, and some think it doesn’t quite measure up.

Basically, the Marvel films are so good, it’s hard to believe they can stay good. Even I find myself wondering how long they can go before they start cranking out that old, campy garbage I had to put up with as a kid. (Hello, post-Nolan DC.) How long will they keep taking us seriously?

To be honest, I don’t know. Endgame was a monumental achievement, unprecedented in every way. The final act was so exciting my limbs went numb and my abs cramped. (I’m not joking.) It was so fulfilling I almost didn’t want any more comic book movies after it, that the conclusion of what we now know as The Infinity Saga made a perfect bookend. It’s tough fighting suspicions that future scripts will get thin and preachy, that the departure of Joe and Anthony Russo’s oversight will blunt the continuity, that the retirement of some of our favorite characters will mean the magic is lost.

Then, yesterday, Marvel released the next trailer for Spider-Man: Far From Home, and suddenly it was 2008 again. Nick Fury is back talking about the Multiverse, and there’s Jon Favreu’s Happy Hogan, still hilariously bumbling around, both of them reinforcing the binding of the greater MCU. Tom Holland’s talent is clear when he’s crying on screen, and yes, Marvel’s genius casting director, Sarah Finn, somehow nabbed the incredibly talented Jake Gyllenhall for Mysterio, so we know the personality will be there.

Fellow nerds, Marvel Studios still takes us seriously. They’re invested in us. And to that I say, thanks for understanding.

This entry was posted in On Writing. Bookmark the permalink.

5 Responses to Dear Marvel, Thanks for Understanding